Who is Sandra Bullock?

American actress and producer. Her father, John W. Bullock (born 1925), was a United States Army employee and part-time voice coach; and her mother, Helga Mathilde Meyer (1942–2000), was a German-born opera singer and voice teacher. Bullock has a younger sister, Gesine Bullock-Prado, who was formerly the vice-president of Bullock's production company Fortis Films, and is now a pastry chef in Vermont.
Bullock rose to fame in the 1990s after roles in successful films such as Demolition Man (1993), Speed (1994), The Net (1995), While You Were Sleeping (1995), A Time to Kill (1996), and Hope Floats (1998). In the new millennium, she appeared in such films as Miss Congeniality (2000), The Lake House (2006), and Crash (2004), the third of which received critical acclaim. In 2007, she was ranked as the 14th richest woman in the entertainment industry with an estimated fortune of US$85 million.

In 2009, Bullock starred in two of the more financially successful films of her career, The Proposal and The Blind Side. Bullock was awarded a Broadcast Film Critics Association Award, Golden Globe Award for Best Actress, a Screen Actors Guild Award for Outstanding Performance by a Female Actor in a Leading Role, and the Academy Award for Best Actress for her role as Leigh Anne Tuohy in The Blind Side. She is listed in the 2012 edition of the Guinness Book Of World Records as the highest-paid actress, with $56 million.

Bullock married motorcycle builder Jesse James on 16 July 2005. They first met when Bullock arranged for her ten-year-old godson to meet James as a Christmas present. In March 2010, a scandal arose when several women claimed to have had affairs with James during his marriage to Bullock. On 18 March 2010, James responded to the rumors of infidelity by issuing a public apology to Bullock. James’ publicist subsequently announced on 30 March 2010, that James had checked into a rehab facility "to deal with personal issues" and "save his marriage" to Bullock. However it was reported that Bullock had filed for divorce on 23 April 2010 in Austin. Their divorce was finalized on 28 June 2010, with "conflict of personalities" cited as the reason.

Bullock announced on 28 April 2010, that she had proceeded with plans to adopt a baby boy born in January 2010 in New Orleans. Bullock and James had begun an initial adoption process four years earlier. The child began living with them in January 2010, but they chose to keep the news private until after the Oscars in March 2010. However, given the couple's separation and then divorce, Bullock continued the adoption of the baby, named Louis Bardo Bullock, as a single parent. 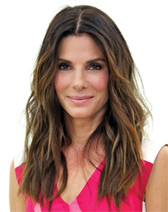