Who is Kristen Stewart?

Kristen Stewart was born in Los Angeles, California. She was raised there by her father, John Stewart, who is a TV producer and stage manager for the Fox network. Her mother is an Australian scriptwriter. Stewart only attended school until the age of eight. After that, she completed her education via correspondence. She enjoys surfing and playing the guitar.
Kristen Stewart began acting when she was eight years old. An agent had spotted her acting in her school Christmas show. Her debut TV performance was a non-speaking part in The Thirteenth Year, a Disney production. She went on to play the tomboy daughter of a distressed woman (played by Patricia Clarkson) in the Safety of Objects.

Stewart then went on to star alongside Jodie Foster in the hugely successful movie Panic Room. She played Foster's diabetic daughter, with both characters trapped in the panic room of their home.

Following the critical acclaim that she received for her performance in Panic Room, Stewart was cast in Cold Creek Manor. The film was another thriller, this time starring Dennis Quaid and Sharon Stone. The film failed to achieve the same success as Panic Room.

In 2004, Kristen starred in Speak. Many consider her performance in that film to be her finest to date. Stewart was 13 at the time of making the film and plays a girl who is raped and subsequently ceases to engage in any form of verbal contact. Stewart only has a few speaking lines in the film but instead, the audience get a witty internal commentary on the character's experience.

Two years later, Kristen Stewart was cast in Zathura. In this fantasy film, she plays Lisa, an irresponsible sister to her two younger brothers. The children unwittingly transform their home into a spacecraft when they play a board game. Although the film was received well, Stewart's performance garnered little attention.

In 2006, Stewart appeared in Fierce People, by Griffin Dunne. She followed this performance with a lead role in The Messengers, a supernatural thriller. Despite large audience numbers, the film was not a favourite with film critics, who largely poured scorn on the production.

2007 saw Stewart appearing alongside Meg Ryan in In the Land of Women, which received mixed reviews in the press. Later that year, her fortunes were bettered when she appeared in Sean Penn's Into the Wild. The film was received well by audiences and critics alike. Stewart plays Tracy, a singer with a crush on Christopher McCandless' character.

Following the release of Into the Wild, Stewart made a few minor film appearances, including a cameo in Jumper. She appeared in 2008's What Just Happened, as well as two independent films, The Yellow Handkerchief and The Cake Eaters.

In November 2007, it was announced that Kristen Stewart would take on the role of Isabella Marie 'Bella' Swan in the film Twilight, based on the Stephenie Meyer novel of the same name. The film was released a year later.

Stewart released a poem to the public in 2014 entitled 'My Heart is a Wiffle Ball/Freedom Pole', allegedly about her relationship with Pattinson

Stewart still lives with her family in Los Angeles. She is currently dating the actor Michael Angarano.

Kristen Stewart and Robert Pattinson have dated on-and-off and in November 2013 the pair secretly checked into a hotel with their two dogs last week in order to spend some quality time together.

Robert Pattinson and Kristen Stewart are rumoured to be rekindling their romance after their difficult May split. The former Twilight co-stars reportedly talk all the time via Skype and text despite being thousands of miles away from each other. 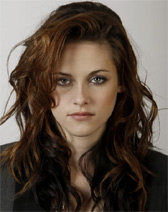