Who is Allan MacLeod Cormack?

South African American physicist who won the 1979 Nobel Prize in Physiology or Medicine (along with Godfrey Hounsfield) for his work on X-ray computed tomography
Allan M. Cormack is a physicist whose theoretical analysis and experiments inthe fields of nuclear and particle physics, computer tomography and math ledto his invention of a mathematical technique for computer-assisted X-ray tomography. Computerized axial tomography, otherwise known as the CAT scan, is a process by which X rays can be concentrated on specific sections of the human body at a variety of angles. Once this information is analyzed by acomputer, it is combined to reproduce images of internal structures previously unviewable by medical technology. It is considered the most revolutionary development in the field of radiography since the discovery of the x ray by Wilhelm Conrad Röntgen in 1895. Cormack was the first to analyze the possibility of such an examination of a biological system, in 1963 and 1964, and to develop the equations needed for computer-assisted x-ray reconstruction ofpictures of the human brain and body. In 1979 Cormack was awarded the Nobel Prize for physiology or medicine, along with Godfrey Hounsfield, a British engineer who, independently of Cormack, developed the first commercially successful CAT scanning devices.

Allan MacLeod Cormack was born in Johannesburg, South Africa, on February 23,1924, the son of George and Amelia (MacLeod) Cormack, a civil service engineer and a teacher respectively, who had emigrated from Scotland to South Africa prior to World War I. Young Cormack attended the Rondebosch Boys High School. At the University of Cape Town, South Africa, Cormack chose the field of engineering, but two years later he changed his major to physics, completing abaccalaureate of science in 1944.

He remained at the University of Cape Town, completing a Master of Science degree in the field of crystallography in 1945. During the years that followed,Cormack became a lecturer in physics at the University of Cape Town and pursued graduate studies in the field of theoretical physics for two years at Cambridge University in England. Working as a research student in the university's Cavendish Laboratory, he studied radioactive helium under the tutelage of Otto Robert Frisch. He also attended lectures on quantum physics given by Nobel Prize winner Paul Dirac.

In 1950 Cormack returned to South Africa from Cambridge to resume his position as a lecturer in physics at the University of Cape Town, where he would remain until 1956. During this period he was asked to serve a six-month serviceas resident medical physicist in the radiology department at the Groote Schuur Hospital in Cape Town, where he supervised the use of radioisotopes as wellas the calibration of film badges used to measure hospital workers' exposureto radiation.

At Groote Schuur, Cormack witnessed first hand how radiation was being used in the diagnosis and treatment of cancer patients. Baffled by deficiencies inthe technology used for such procedures, Cormack began a series of experiments and analyses, the results of which were two papers published separately between 1963 and 1964 in the Journal of Applied Physics . Cormack also conducted theoretical physics research in Boston on subatomic particles, following a 1956 Harvard University sabbatical as a Research Fellow, where he worked in the cyclotron laboratory under director Andreas Koehler.

Following a brief return to Cape Town in 1957, Cormack returned to the UnitedStates, accepting a post as assistant professor of physics at Tufts University in Medford, Massachusetts. Between 1956 and 1964, most of his research inconnection with the development of computerized axial tomography was conducted on his own time. Neither of his two Journal of Applied Physics papers met with significant response, despite the fact that they proved the feasibility of his method for producing images of heretofore unviewable or barely viewable cross sections of the human body.

Cormak was naturalized as a citizen of the United States in 1966, and continued his academic career and his research in particle physics at Tufts. He waseventually promoted to associate and then full professor of physics, servingas chairman of the physics department from 1968 to 1976. Meanwhile, Hounsfield was independently coming to conclusions similar to Cormack's, and developedthe first CAT scanner as early as 1972.

In 1979 Cormack and Hounsfield were awarded the Nobel Prize for physiology ormedicine for their joint, though independent, development of CAT scan theoryand technology. At the time, their selection as recipients of the prize wasconsidered highly unusual. Unlike previous Nobel recipients, neither Cormacknor Hounsfield held a doctorate in medicine or science; further, their discovery was awarded the prize only after the Nobel Assembly vetoed the first choice of the selection committee; and, finally, it was highly unusual that the two men had never met or worked together, yet had worked on the same inventionconcurrently.

In 1980, Tufts appointed Cormack to university professor, its highest professorial rank, and awarded him with an honorary doctoral degree. In 1990, as oneof several scientists receiving the National Medal of Science, Cormack was recognized by President George Bush.Cormack is a member of the National Academy of Science and the American Academy of Arts and Sciences, and is a fellow of the American Physical Society. 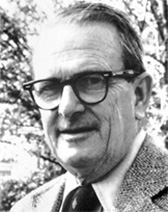