Who is Erich Kastner?

Erich Kästner was born in Dresden, the only child of Emil Kästner, a saddler, and Ida (Augustin) Kästner. When Emil could not continue his special line of work, he ended up in a luggage factory.
To help to support the family, Ida took odd jobs as a semstress and hairdresser. Kästner attended the Lehrerseminar, a teacher's training college. During World War I he was conscripted into an infantry regiment for a year. The experience made him a life-long opponent of militarism. After military service, he studied German literature at Leipzig university. In the 1920s he worked in a bank and contributed to the pacifist Die Weltbühne and other papers. In 1925 Kästner received his Ph.D. for a dissertation on Frederick II and German literature. Kästner's early works, collections of poems, appeared in the 1920s.

Kästner gained first wider fame with the juvenile novel Emil and the Detectives. It has been dramatized and filmed several times. Emil Tischbein, the hero of the novel was featured also in Emil und die drei Zwillinge (1933). In his books written for young readers, Kästner used humour to expose human folly and social ills.

In the 1920s, the most lively art form in Berlin was the literary political cabaret. In the stage procuctions, Kästner cooperated with Kurt Tucholsky, "a fat little Berliner who tried to stem the catastrophe with his typewriter", as the author himself put it. Many of his lyrics were set to music and performed in cabarets. 'Das Abschiedsbrief' (The Farewell Letter) was composed by Kurt Weill. In one of his poems Kästner parodied Goethe's 'Mignon song': "Do you know the land where cannons are in bloom? /You don't? You're going to!"

As a poet Kästner represented the "new factualism" movement that began in Germany in the 1920s. In the four collections of verse published between 1928 and 1932, he combined stylistic elements of expressionism with conservative verse forms and his own social philosophy. The accuracy of Kästner's view of the prewar Germany was well exemplified in his satirical poem 'Kennst du das Land, wo die Kanonen blüchen?' (1928, Knowst Thou the Land Where Only Cannons Grow?), in which he predicted the rise of Nazism. Walter Benjamin criticized Kästner's poems, coining the phrase "left-wing melancholia". According to Benjamin, the left melancholic "takes as much pride in the traces of the former spiritual goods as the bourgeois do in their material goods."

Kästner's tragic novel Fabian (1931, Fabian: The Story of a Moralist) was a story about Germany's "lost generation", in which he analyzed the chaotic last years of the Weimar Republic. Jakob Fabian, the moralist of the title, loses his low-paid job, girlfriend, and his friend commits suicide. Fabian returns to his home town, Dresden, but there is no hope for him. "What was the point of his staying in this town, in this box of building-bricks gone mad?" Kästner asked. "After all, he could watch Europe's decline and fall just as easily from the town where he was born." Despite the sad tone, the book has its humorous moments. With his friend Fabian visits a lesbian bar, the "Cousine." Later on Kästner's view of women, who dress in tuxedos smoke cigars, and drink hard liquor, has been criticized for making them symbols of urban degeneracy. The Nazis attacked the book because of its sex scenes. "There was a mirror on one side of the lift. Fabian took out his handkerchief and rubbed the blotches from his face. His tie was askew. His temple was burning; and the pale blonde was looking down at him. "Do you know what a megaera is?" he asked. She put her arms around him. "Yes, but I'm prettier."

In spite of the pressure of the Nazis, Kästner refused the membership of Reich Chamber of Literature, controlled by Goebbels's propaganda ministry. He also refused to move to Switzerland. From 1933 to 1945 he was prevented from publishing his books in his home country – they appeared first in Switzerland. Emil and the Detectives remained still available also in Germany. Unlike several other intellectuals and writers, who suffered from Nazi policy, Kästner remained in Germany during Hitler's rule. He was among the few authors, perhaps the only, who was present, when the Nazis burned books in May 1933, his own included.

Kästner was arrested by the Gestapo in 1934 and 1937 because he used to cross the border regularly to consult his Swiss publisher. For Josef von Baky's Münchhausen (1943), starring Hans Albers in the title role, he wrote the screenplay under the pseudonym of Berthold Bürger. The spectacular Agfacolor production was set in motion by the propaganda minister Josef Göbbels to celebrate the 25th anniversary of the UFA studios. Goebbels wanted to prove that an Ufa color film was as good as American color films. Münchhausen borrowed freely from such Hollywood productions as Snow White and the Seven Dwarfs and The Thief of Bagdad. Its fantasy world was far from the harsh realities of the ongoing war.

After the movie was released, Hitler ordered that Kästner should receive no further commissions. At the end of the war, he became magazine editor of Die Neue Zeittung of Munich. He also founded the children's periodical Der Pinguin. During the postwar years, Kästner was an active participant in the Munich cabaret Die Schaubude (from 1951 Die kleine Freiheit). In his play Die Schule der Diktatoren (1949) Kästner unmasked inhumanity in the form of comedy, but he did not gain such success as with his portrayals of immorality in his novels and poems.

In 1957 Kästner was awarded the Büchner Prize for literature, the Hans Christian Andersen Award in 1960 and the Lewis Carroll Shelf Award in 1961 for his autobiography. From 1952 to 1962 he was president of the West German chapter of the PEN Club. Kästner died of cancer on July 29, 1974, in Munich. Closely tied to his mother, Kästner never married, but had an illegitimate son. His grave is situated in an idyllic churchyard of the baroque Church of St George in Bogenhausen. After Kästner's death, the Bavarian Academy of Arts established a literary prize in his honor. In Dresden, a café-bar on Alaustrasse, Neustadt, was named after Kästner. A statue stands close to the house where he was born. 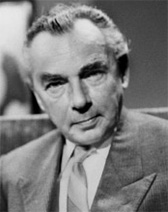